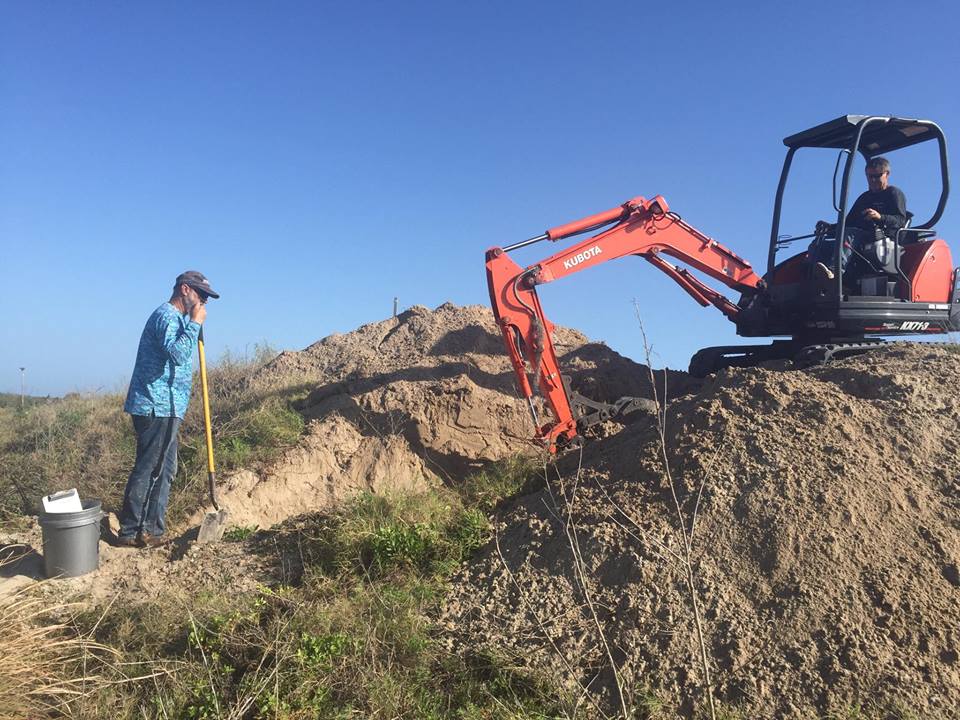 The Marine Discovery Center got a little surprise from a burrowing reptile after it had started construction this spring.

Executive director Chad Truxall was walking the center’s campus in early April and noticed a hole in the base of what will be the seating area of the new amphitheater, currently under construction.

“We knew we had a gopher tortoise onsite a while ago, but we had not seen it and we thought it was gone,” said Truxall. “As soon as we saw that burrow, we knew we had to do something about it.”

Truxall said that a survey on the property for endangered and threatened species was standard procedure before construction could begin. Unfortunately, an assumption was made that the survey had already taken place.

The Florida Fish and Wildlife Conservation Commission (FWC) informed MDC that it needed to determine if there was one tortoise or more than 10 on the property. Procedural requirements vary based on the number of animals present.

Truxall reached out to Joe Young, owner of Biological Consulting Services who came to the center’s campus in early April and performed a gopher tortoise survey one week after construction had begun at the site.

Young arrived with a measuring instrument, which he snaked into the burrow to determine the size of the hole and the location of the tortoise. Once he determined there was one tortoise in the burrow, all construction within 15 feet of the area was halted until the animal could be removed.

Following the survey, MDC was given two options:

The first option would be to install a silt fence around the entire construction project and the tortoise could be removed and placed outside the silt fencing. The fencing would have to be dug into the ground for several feet around the site. The price was substantial for the process.

“Gopher tortoises aren’t normally found around here in a disturbed site,” said Truxall, of the former campus site of New Smyrna Beach High School where MDC is now located. “And even when those steps are taken, there’s no guarantee the tortoise would not be impacted in some kind of way. They can dig and could get back into the construction area.”

The second option would be to extract the tortoise in its burrow and move the animal offsite to a different location within 100 miles. The site would be a designated area approved by the state for a gopher tortoise.

“Once you decide on an option, you apply for a permit and let the state know your plans,” said Truxall. “Then they get back to you with specifics on the extraction of the tortoise.” 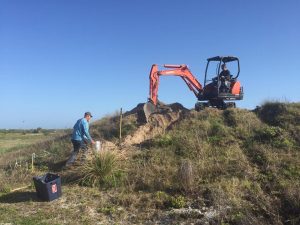 On the day of the tortoise extraction, Truxall watched nervously from a distance while the process took place. Young and Weaver Construction — which both donated their services to the nonprofit — executed a precise extraction using a backhoe.

The burrow was approximately 20 feet deep and during the course of the extraction, the tortoise made several U-turns in its shelter, Truxall noted.

“I watched it for about an hour and it was a little nerve-racking,” he admitted. “As the backhoe dug up more dirt, there was some collapse of the burrow, but those guys have been doing this for years and they knew what they were doing.”

The extraction rendered a large female tortoise, which was relocated to a state-approved area. MDC paid for the permitting from the state and the relocation of the tortoise. 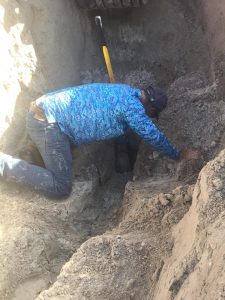 A little elbow grease is needed

“This is far better than entombment, which they used to do,” Truxall said. “For a long time, construction companies could pay a fee – in what’s called a ‘take’ – and just fill in a burrow, not knowing whether it was active or not. They pretty much buried tortoises alive and maybe even crushed the tortoises with their bulldozers while only paying a fine.”

FWC banned the practice of entombment in 2007, ending a state policy that allowed construction companies to bulldoze burrows for a paid permit. The Humane Society took action in halting the statewide practice, which reportedly entombed anywhere from nearly 100,000 to 900,000 gopher tortoises in Florida from 1991-2007.

“Everyone has an affection for turtles and tortoises,” added Truxall. “Whether they’re in the ocean or on land people are drawn to them and go out of their way to help. When people realized what was going on with the entombment practices, they were really upset. I’m glad the laws were changed.”

In addition to being a creature commonly seen in residential Florida communities, Truxall noted that gopher tortoises are important because they are a keystone species. Their burrows provide refuge for many animals, ranging from mammals and reptiles, amphibians, insects and birds. More than 350 other species have been identified as commensally residing in gopher tortoise burrows. 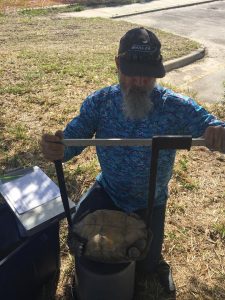 Certain endangered species, such as indigo snakes, the gopher frog and the beach mouse, all share gopher tortoise burrows. They will use the burrows throughout their life cycle, but they will also take refuge in the burrows during fires.

“One of those ecosystem-services the gopher tortoise burrow provides is the cycling of nutrients in a scrub habitat or in a dune system where you don’t have a lot of nutrients in the soil,” Truxall added. “The home they build provides habitat for so many other animals.” 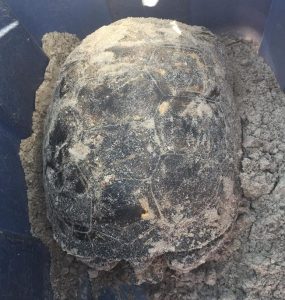 While some humans may be inconvenienced that the presence of a threatened animal could hold up an entire construction project, Truxall said state laws are now in place for a reason to protect gopher tortoises.

“We have to be mindful that it’s not just about humans first,” Truxall said. “Of course, we are excited about our amphitheater construction project because we feel like it will help us create a bigger impact and awareness in the community.”

“But we are going to do whatever it takes to protect the environment that we are impacting and tell the stories about the other species that live here,” he added. “I once heard a statement that ‘Your greenest project is the one you don’t build.’ When it comes to gopher tortoises, we certainly have come a long way.”