Along the coast of Florida, mangroves can be an excellent addition to living shorelines. Mangroves include a group of plants loosely related to one another. More than 50 species have been identified worldwide with Volusia County providing a home for 4 species – Red, Black, White and Buttonwood. All mangrove plants or communities live in tropical to sub-tropical climates that contain wet soils, tolerate saline habitats (halophytes), are exposed to periodic tidal submergence and exhibit viviparity (a plant with live birth – the seed is germinated (propagule) on the parent plant before dispersal). The main source of water is salty; thus the mangrove has the capability to excrete salt through the roots and leaves. 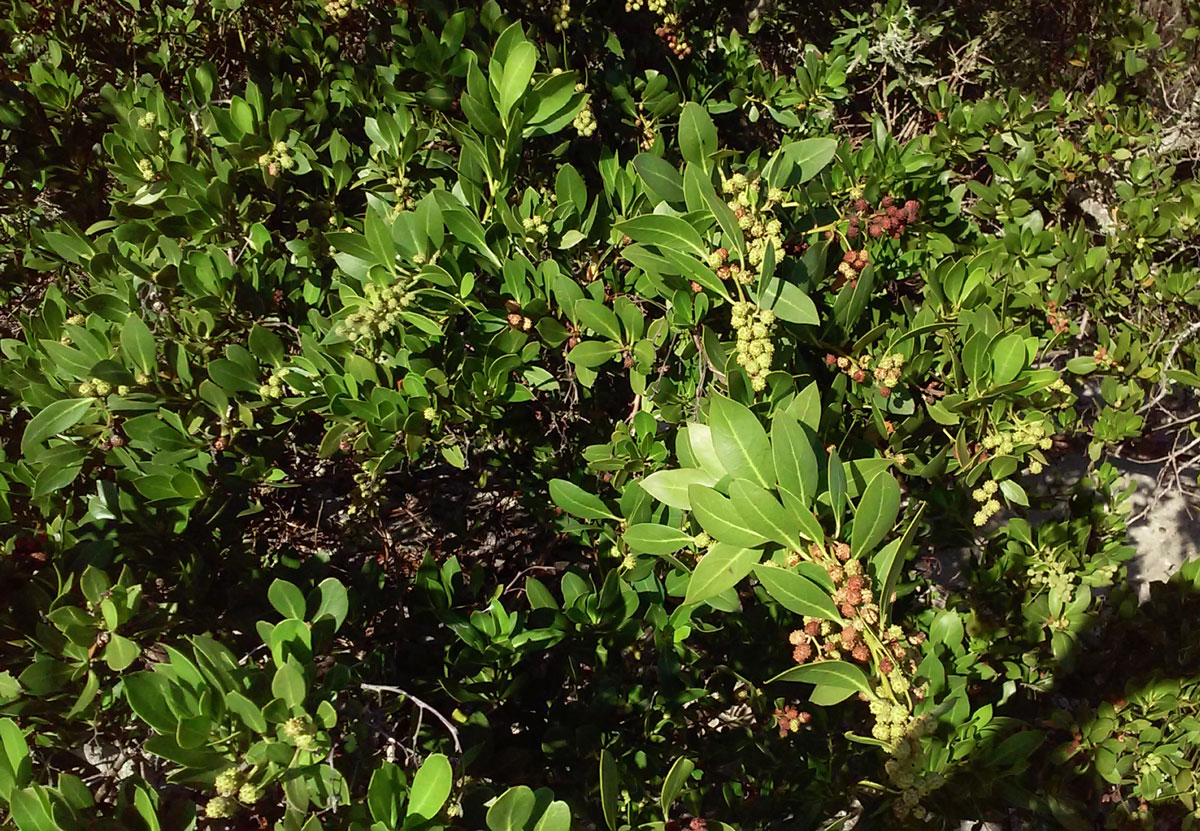 Buttonwood: Often found in the upland transitional zone, the buttonwood (Conocarpus erectus) is often associated with mangrove communities. The name buttonwood comes from the button-like appearance of the dense flower heads that grow in branched clusters, forming cone-like fruit. This plant does not reproduce via propagules, instead producing seed cases. While the three mangrove species have leaves that occur opposite of each other, the buttonwood leaves alternate. This tree is often used in seaside landscaping. 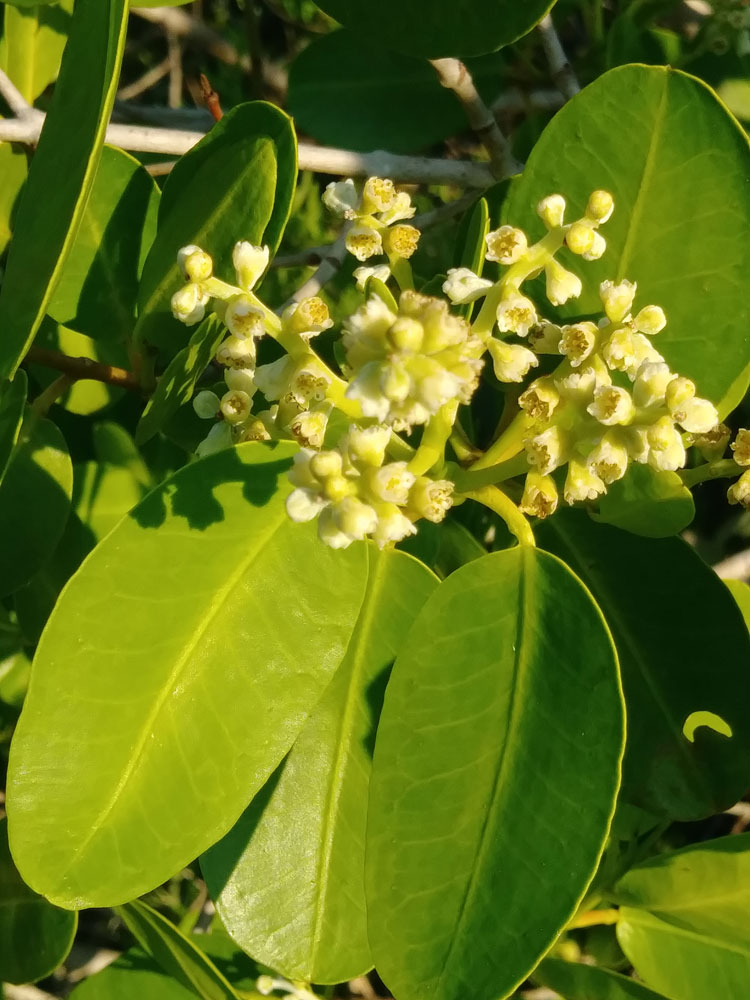 White Mangrove: Occupying higher land than the red and black mangroves, the white mangrove (Languncularia racemosa) has no visible aerial roots, unlike the black mangrove which has pneumatophores and the red mangrove with prop roots. It bears clusters of small, furrowed pale green seeds in early autumn. The leaves are ovate and elliptical, with a notched tip and 2 glands (nectarines) are located at the base, on either side of the stalk. The white mangrove tends to be small and bushy in central Florida, but can be over 50 feet tall in tropical climates. 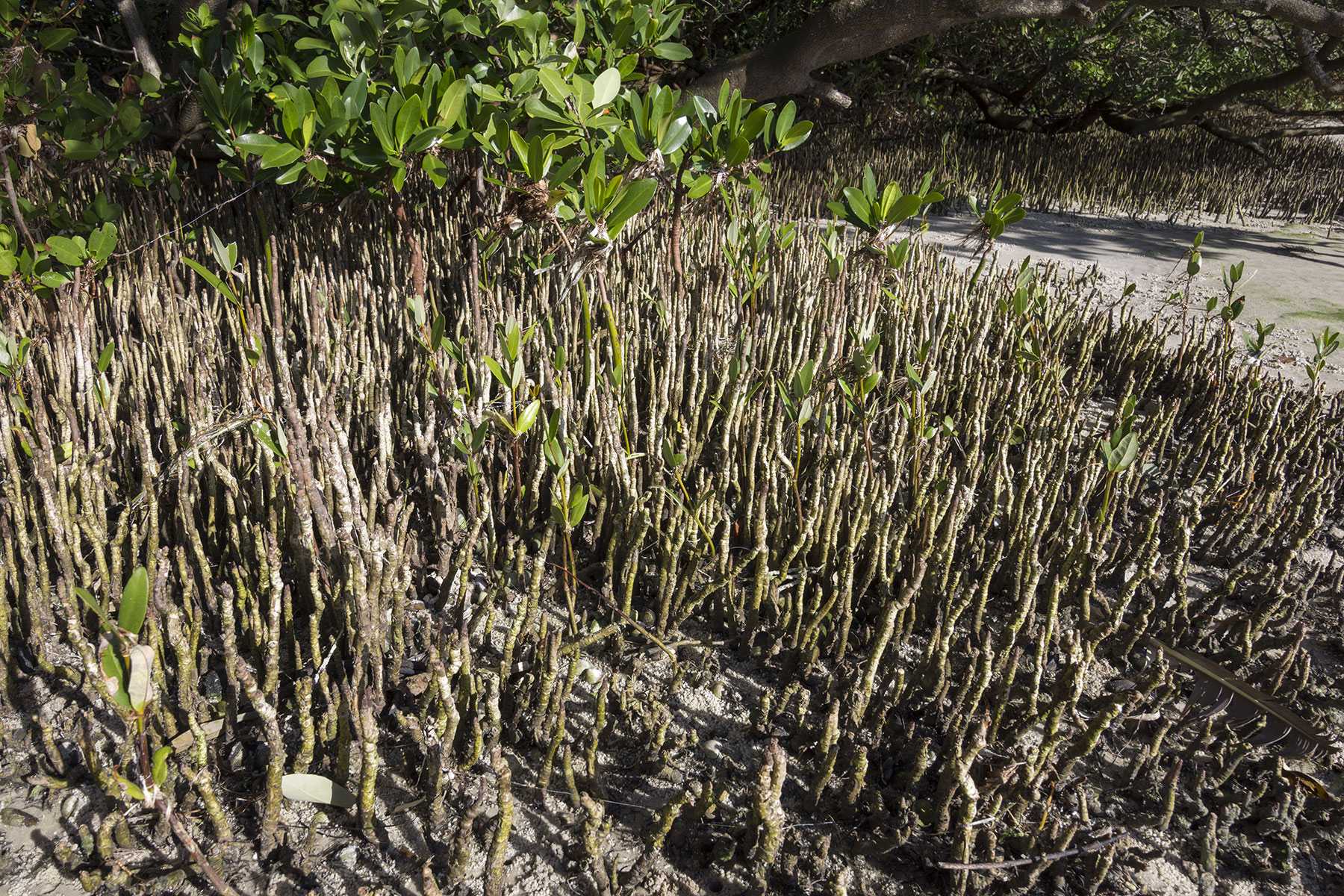 Black Mangrove: Avicennia germinans, the black mangrove, is characterized by long horizontal roots and root-like projections known as pneumatophores. It grows at elevations slightly higher than the red mangrove where tidal change exposes the roots to air. The pencil-shaped pneumatophores originate from underground horizontal roots projecting from the soil around the tree’s trunk. They provide oxygen to the underwater root systems, allowing exchange of gases, stabilizing both tree and shore, and providing shelter for small species. The small blossoms are creamy white in color. The seed resembles a lima bean in shape and has often begun to germinate by the time it drops in late fall. This mangrove is found the farthest north as it is most freeze tolerant,  likely because as it uptakes salt, it is exuded through the leaves, coating them and providing some protection from frost. 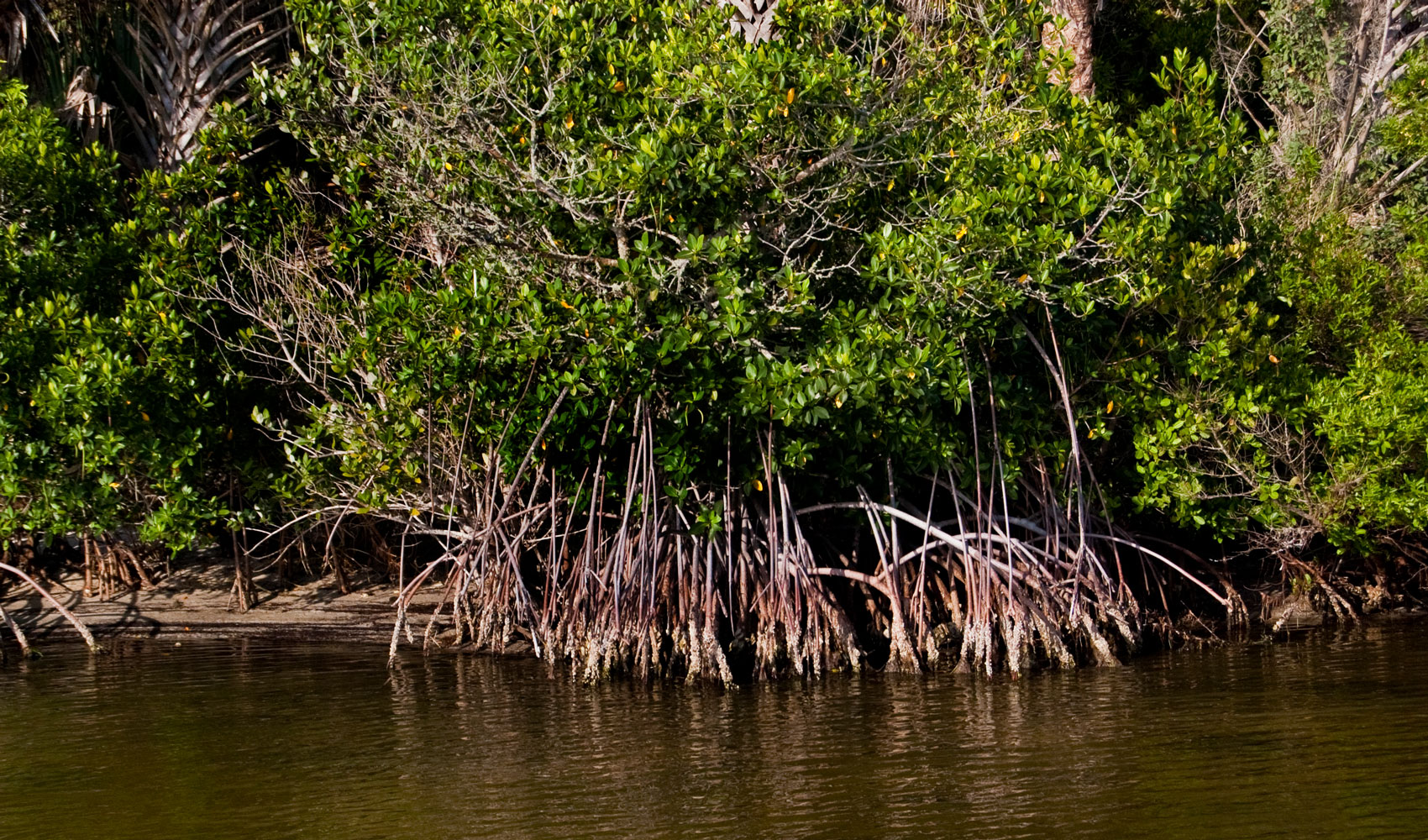 Red Mangrove: Growing along the edge of the shoreline where conditions are harshest, the red mangrove (Rhizophora mangle) is easily distinguished from other species by tangled, reddish prop roots. These prop roots originate from the trunk with roots growing downward from the branches. The long, pointed seed (propagule) hangs from the tree, and eventually drops into the water where it floats until finding land. The bottom part of the seed fills with water, causing it to float vertically, enabling it to sink the tip into the ground and take root once it reaches the shore. The waxy, pointed leaf is bright green, and the yellow blossoms are a favorite of bees and butterflies.