Another winter of Tuesday morning bird walks has just completed, so it’s time for reflecting back on the season. Our record of eleven years and 148 bird walks without a single one rained out still stands. This year, we had to stop one prematurely but still managed to get a few more birds from under the picnic shelter. We are a persistent lot and fortunate to have had favorable weather.

Tuesday morning walks at IRLP began this year on January 15 and continued through April 9. Each walk started at 8AM and ended about 10:30. The number of participants on the walks varied from a low of 14 to a high of 41, with an average of 29 participants per walk, a new high. This year statistics were again kept on the states of origin of tour participants, with impressive results: participants came from 24 different states, 2 Canadian provinces, and one other country (Bahamas).

As impressive as the numbers are, they do not reveal the excitement we experienced when we encountered an Eastern Screech-Owl on 12 of the 13 walks.

Again, I’d like to officially recognize the efforts of three birders who not only attend the walks regularly, but make significant contributions to their success: David Baker, Roger Wykes, and Elza Phillips. The continuing success of our bird walks is due largely to these three.

Every year, I thank the MDC for their sponsorship of these birding activities. This year, our eleventh, we maintained high attendance and high enthusiasm for this endeavor, and again extend thanks to the MDC.

I am hopeful that the walks may continue next year, as I have truly enjoyed the experience and hope the MDC deems the endeavor worthwhile (we do!!!).

Here are two beautiful photos snapped by Don Chalfant at this year’s walks.
The left photo is a Yellow-billed cuckoo, and the right photo is a roseate sponbill. 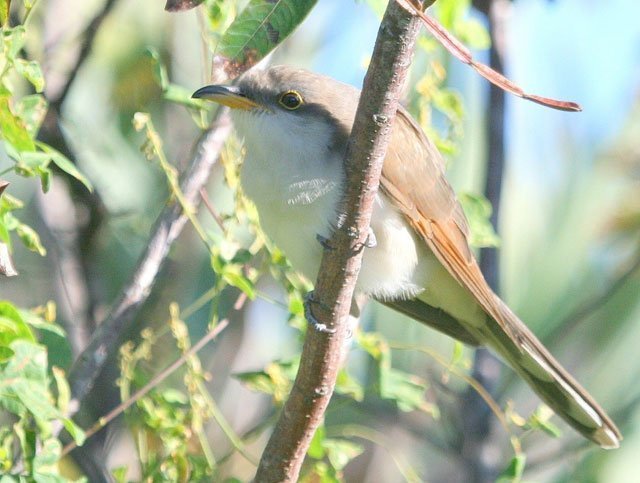 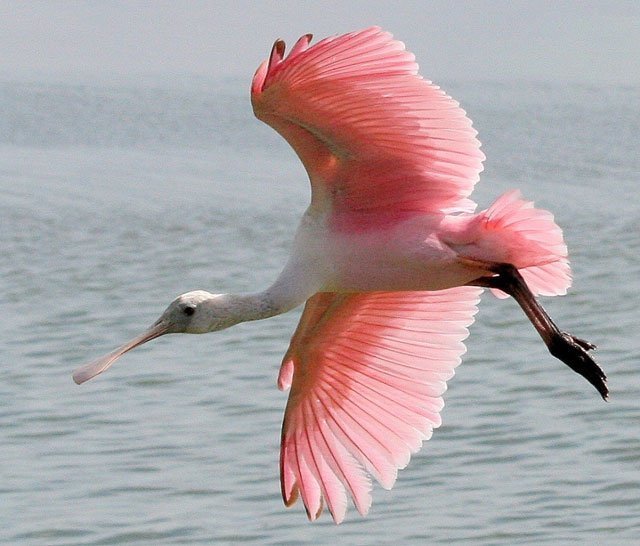