Youngsters in the Marine Discovery Center’s summer camp program spent 10 weeks exploring the coastal ecosystem, but they also took a keen interest this summer in learning how to minimize their human impact.

That’s because prior to the start of camp, the campers’ parents were notified that children were encouraged to bring a “no-waste lunch.” The idea was that campers would learn how to cut down on single-use plastics and daily trash.

Following lunch each day, camp counselors collected and weighed all of the trash from each group. The amount of total trash was recorded on a sheet posted in MDC’s hallway.

At the end of each week of camp, the kids competed in various activities during Friday’s Field Day. The group collecting the least amount of trash for the week was rewarded — with each trying to win the “Golden Dolphin” Field-Day Trophy. 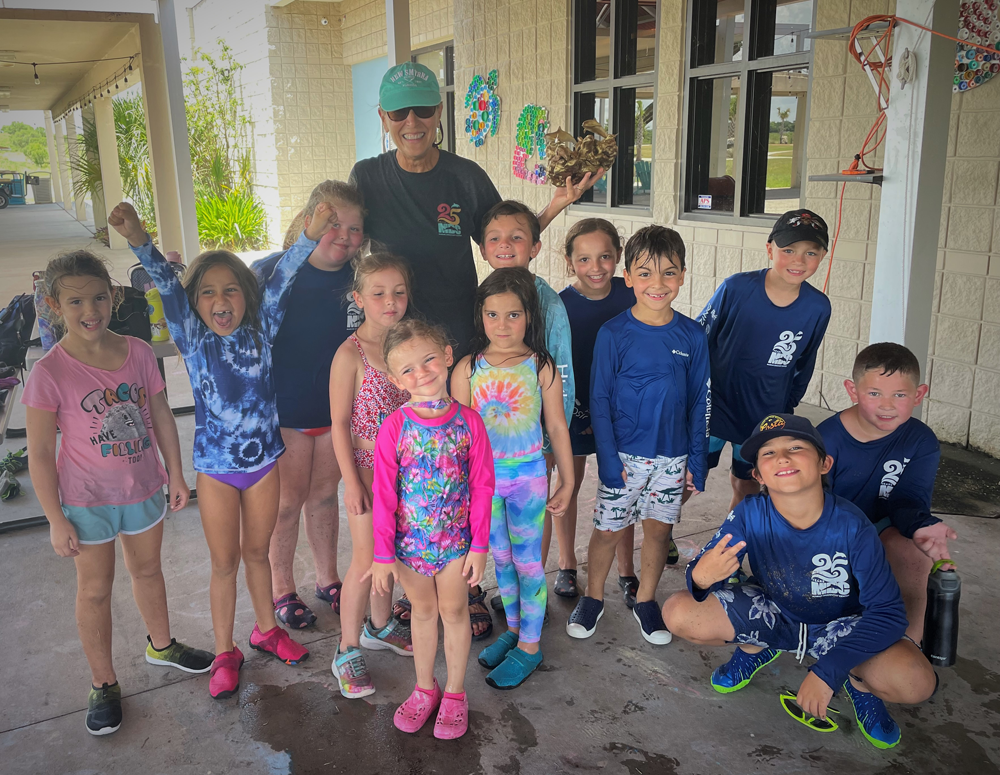 “This was a lot of fun for the children because it was something they could work toward together and it also involved the parents, who could help their kids win the trophy at camp,” said Carley Metcalf, MDC’s Education Coordinator, who directed the 2022 summer camp program for nearly 522 kids.

“The kids were super-invested in this activity,” Metcalf added. “We wanted it to encourage families to use reusable products for lunches at summer camp and to work toward this practice during the school year.”

The campers’ lunch trash was weighed in grams each day. The amount was converted from the metric system so kids could see, for example, how much a half pound of trash was. They also saw all of their combined lunch trash, which made an even bigger impression.

Rylie Morris, 13, attended the Aquatics Adventures camp this summer and noted that she learned which types of plastics were most harmful to the environment. The activity also helped her become more aware of the large amount of waste individuals can add to the landfill and made her “feel helpful” in trying to minimize her own input.

In addition to the daily trash weigh-ins, if the campers collected trash during their boat field trips to Disappearing Island, Bethune Beach or even on MDC’s main campus during the week, the campers’ gathered rubbish was also weighed and that amount was deducted from the group’s trash total for the week.

“It takes a little time for them to fully understand, but when you put it into perspective as a game and give them incentives, that helps them get into the practice of being mindful about all of the packaging and how it adds up,” said Metcalf.

MDC plans to bring back the “no-waste lunch” program next summer for its 2023 Summer Camps and to compile a summer-long total for all of the week-long camps.

More importantly, Metcalf hopes what kids learn at camp will extend into their stewardship behaviors later in life.

“As they continue learning and understanding where all of our trash goes and what a landfill looks like, then it starts clicking about why we’re doing these things,” she added. “They get it.” 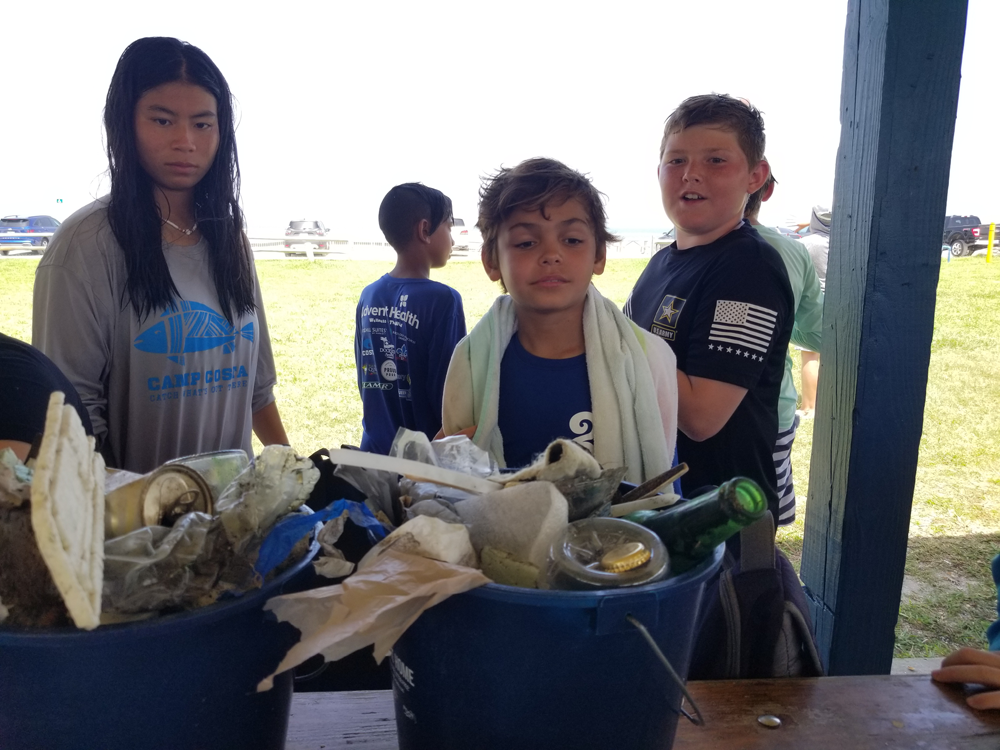