Marine Discovery Center’s mission of coastal ecosystem education and conservation was fully experienced by nearly 500 elementary students during a special program in late 2022.

Three third-grade classes of boys and girls from Volusia County Title I schools were able to participate in six field trips to MDC in early to mid-December. The fully funded trips were made possible through a $10,000 grant awarded by Jeep Beach. The students were selected for their responses to the question: “What does conservation mean to you?”

“We picked the winners that best captured the essence of the question,” said Carley Metcalf, education coordinator at MDC. “The whole purpose of this program is to show these students what conservation means to us here at MDC and how we strive to conserve habitats in the Indian River Lagoon.”

Field trips for the students were structured as hour-long boat and island experiences with a second hour held on the MDC campus focusing on shoreline restoration and oyster shell bagging.

“We showed them around our site, told them our story and took them to MDC’s restored salt marsh,” added Metcalf.

Participants from Title I Schools — a federally funded program available to select schools based on the percentage of students eligible for free and reduced lunches – were able to experience many of the same activities enjoyed by MDC summer campers. In addition, schools that were not picked for fully funded field trips were offered discounts on future MDC educational excursions.

Students on the December field trips traveled on MDC’s Discovery boat to a nearby spoil island, where they disembarked at low tide and learned to use a seine net. The kids looked at different fish captured in the net and learned to identify tail shapes and adaptations the fish have developed. They also learned how to log their findings as scientific data. 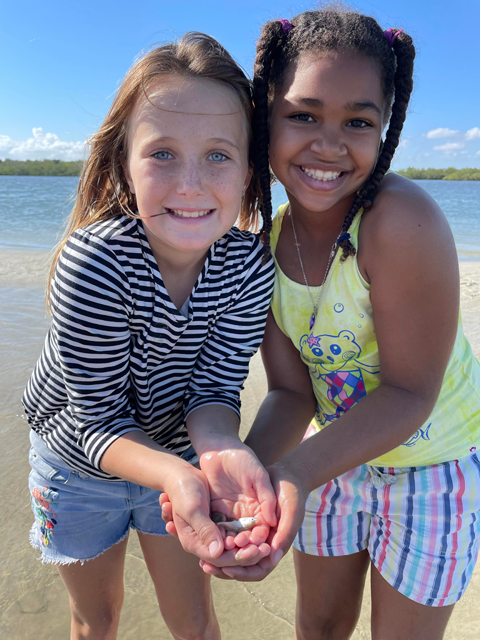 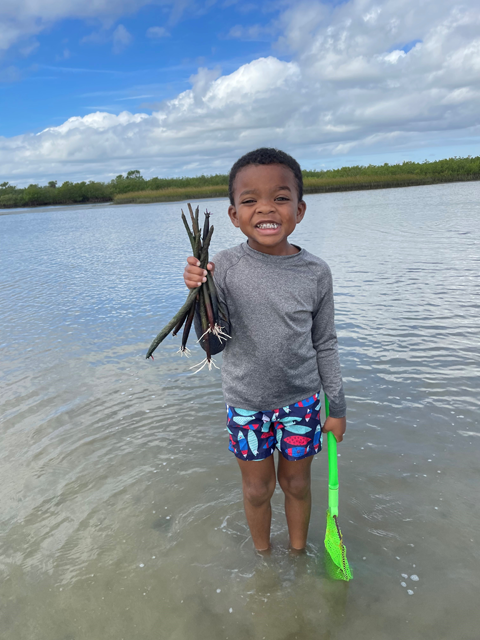 “We got a lot of “Wows!” and the kids were super excited,” said Metcalf. “Everybody wanted to pull the seine net.”

The students also had a chance to use small dip nets in MDC’s on-site restored salt marsh and they walked up the center’s 40-foot observation mound for an overhead view of how the marsh was restored and how it connects to surrounding water channels feeding from the estuary.

One activity during their visit took place in MDC’s oyster-shell lot, where the students filled oyster bags with recycled shell and participated in a relay game. And while that learning experience was structured as a game, students learned why oyster shells are collected and why oysters are important in protecting shorelines.

“This offers them the chance to connect what they’re learning in the classroom at school to real life happening in our natural environment,” said Metcalf. “It also gave us the chance to answer the question, ‘What is an oyster?’”

For many of the third graders, it was their first experience on a boat in a unique learning environment. 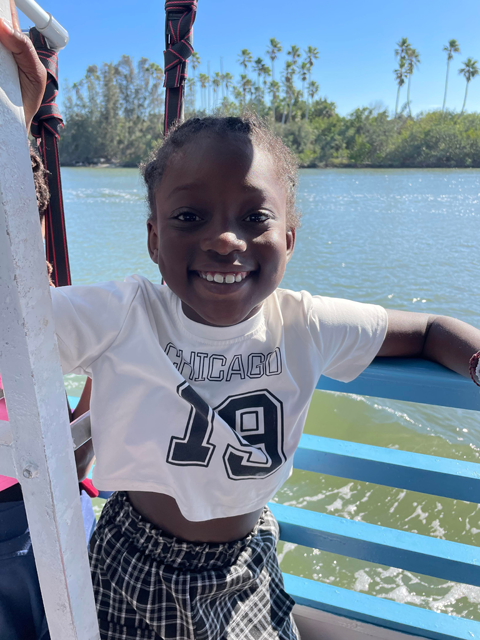 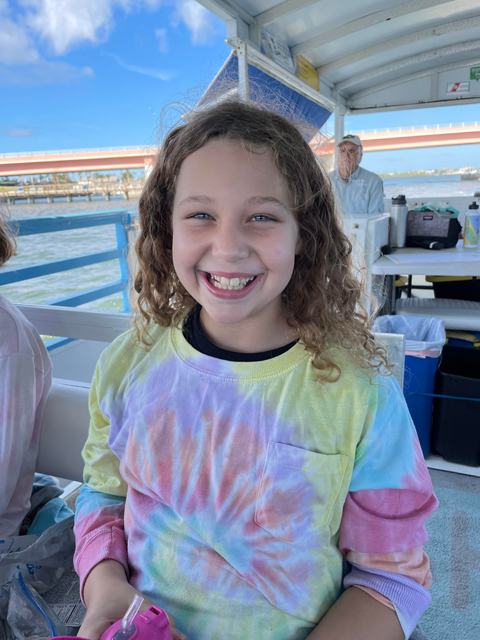 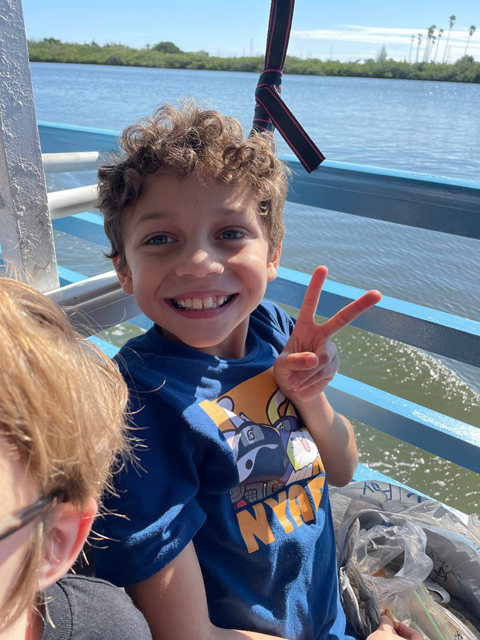 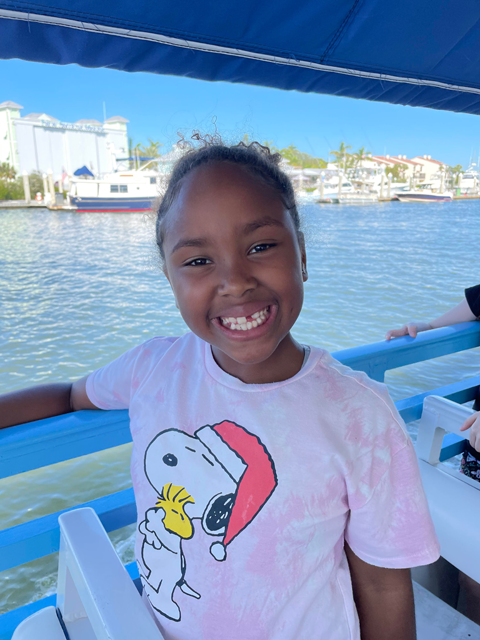 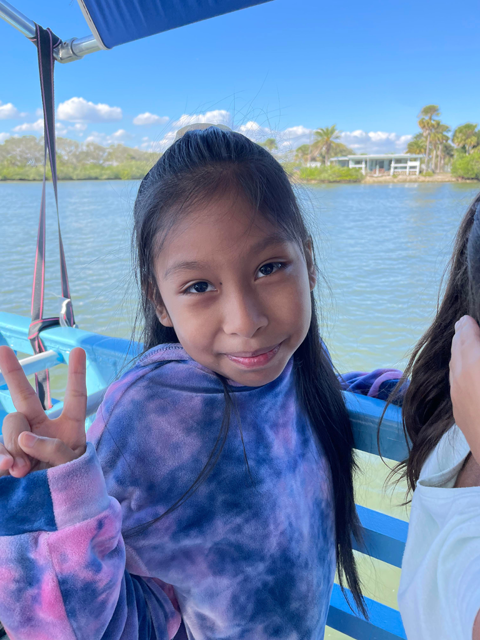 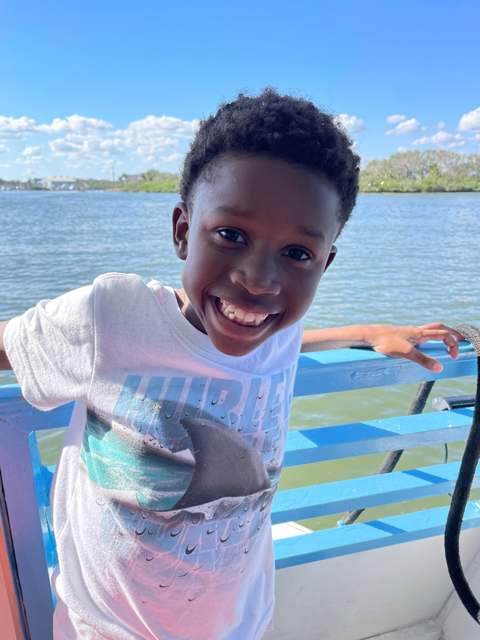 “I like this field trip because there’s a boat and we get to go to an island,” said one boy from Pathways Elementary

Another Pathways student added that what she enjoyed about the field trip was they “got to learn about fish and be out on the water.”

And while one boy from Spirit Elementary added that he wanted to “work on boats when I get older,” a student from South Daytona Elementary called the field trip “the best day of my life.”

“Hearing them say that makes me want to keep working to make sure kids in Title I schools are able to have this opportunity to go out on the water, experience the Indian River Lagoon and learn how to protect it,” said Metcalf. “We’re creating foundations for these kids.”

Metcalf hopes MDC can continue to offer immersive field trips to more youngsters through grants and scholarships at the center. The cost of summer camp is not always an option for some, but field trips can provide many of the same experiences for kids as camp.

“If we can reach audiences who haven’t had these experiences before, we can expose kids to the Indian River Lagoon and potentially make a huge impact,” she added. “We can instill in them a stewardship and a sense for environmental protection that is important now and even more important in the future.”

Do you want to fund programs that help children Discover Amazing at MDC? Donate today!