Think of Florida and the Southeast United States and a picture of Spanish moss draped through the boughs of stately live oak trees likely comes to mind. 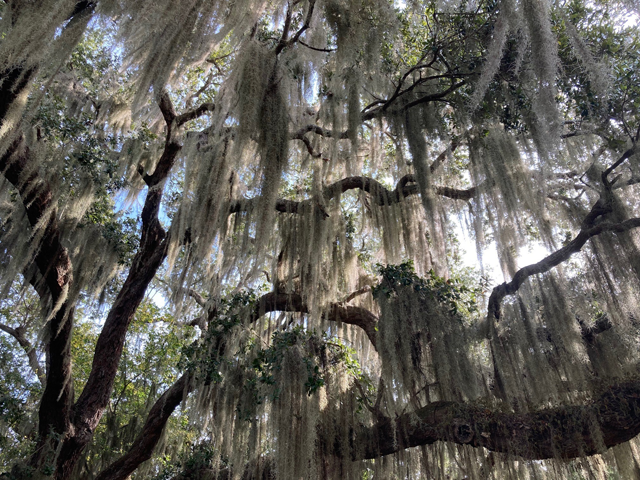 Interestingly, Spanish moss is neither Spanish nor a moss. An epiphyte, it is native throughout the Southeast region, as well as in tropical zones, and hails from the bromeliad family, which includes pineapple.

Epiphytes grow on both living and dead trees, but does not rely on them for nutrients. According to the University of Florida’s IFAS Extension office, epiphytes, such as Spanish moss, are “air plants that survive on moisture and nutrients in the atmosphere.” And while these plants grow on tree limbs without soil, they have the ability to obtain dissolved minerals found in the moisture of tree limbs and leaves on which they cling.

Native people used Spanish moss as a building material in their homes, as well as for clothing, tea making, and in the firing of pottery. It was widely used in the 1950s as a stuffing for mattresses, car-seat cushions and to make rope. With as many as 35 factories once located across Florida to process the wispy plant, its desirability faded with the advent of foam for seat cushions. Car seats are no longer filled with Spanish moss, but the plant is still in use by the floral and arts & crafts industries.

Of course, the natural world loves this ubiquitous Florida resident. The zebra longwing, Florida’s state butterfly, will cling to Spanish moss at night to sleep. Bats use moss strands for nest building and some species of birds, including Parula warblers and Baltimore orioles, use the moss to create their unique style of hanging-sack nests in which eggs are deposited and young birds are reared.

So, the next time you find yourself admiring the natural beauty of Spanish moss in giant, old oak trees, remember its role in history throughout the years and its valuable accessibility by the various creatures it currently supports.

Lisa D. Mickey may be reached at lisa@marinediscoverycenter.org 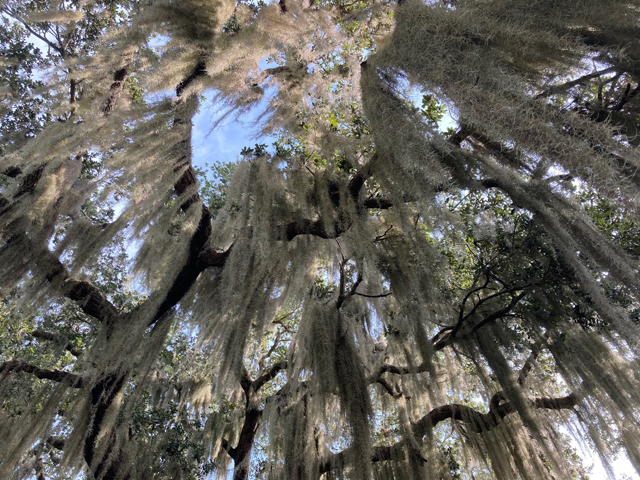