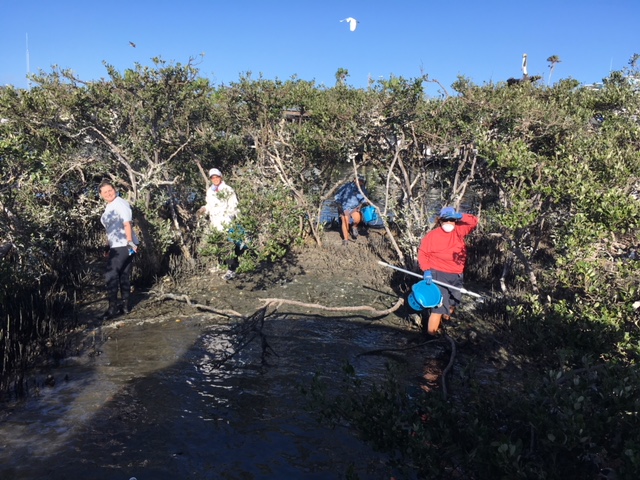 I reached above my head through the mangrove trees for the lifeless brown pelican hanging in the limbs of the bird rookery island.

The beautiful bird was still soft and its wings were still supple enough for me to easily pull down the carcass to look for fishing line and to examine the metal band around its ankle. Only hours ago, this bird was still alive — likely thinking about fish and possibly, about choosing a mate as the season of courtship filled the air.

Sadly, this creature was now one of eight dead birds, including two banded brown pelicans, our small team encountered as we scoured the two rookery islands on the Atlantic Intracoastal Waterway and Indian River Lagoon during our annual cleaning of the islands.

We were here for our mid-February eradication of monofilament fishing line. Our small team of three naturalists, a boat captain and an office worker from the Marine Discovery Center fanned out on each island with scissors, snips and buckets to cut down as much line as we could find.

And as always, the goal was to remove monofilament fishing line from the mangrove trees in an effort to offer a less hazardous future to the birds coming here to nest.

Far too often throughout the year, our naturalists and boat captains cut and pull line from these two islands. Most of us free entangled birds numerous times a year and far too often we cut down birds we didn’t see in time to save. The vultures take care of the rest.

Even when the birds aren’t nesting here, as they do each February through October, a large number of them regularly roost and loiter on these islands. This is home base to many of our wading birds, as evidenced each night at twilight when flocks of ibis helicopter in for a safe place to sleep until the next day’s sunrise.

Seven species of birds return here each year to find mates, build nests, lay eggs and watch the next generation take flight. At peak nesting season, anywhere from 140-200 nests with two to three eggs per nest adorn the branches of the mangrove trees. It is noisy, smelly, but full of life.

Our 2018 clearing of the islands was highlighted by the chance to free an entangled double-crested cormorant, which gleefully flew toward open water. We were also surprised that some bird had seemingly collected an electric extension cord for use as nesting material.

And when I reported the numbers on the bands worn by the two deceased pelicans to a governmental agency, I was surprised to learn they both had been banded last year in Virginia. Sadly, the migration for one adult and one juvenile pelican ended here.

Certainly, the challenges for our rookery islands grow each year as New Smyrna Beach develops and more people engage in water sports. As more boats and buildings cast shadows on these creatures, they are, at least, guided by their instincts to return to these gnarly mangrove islands to do what their DNA tells them to do each year.

The pendulum of nature swings with or without us, but increasingly, the birds on the rookery islands can use an assist. We can lend a hand to help them, but most of all, we should extend the effort to clean up what we humans have left behind.

Lisa D. Mickey may be reached at lisa@marinediscoverycenter.org 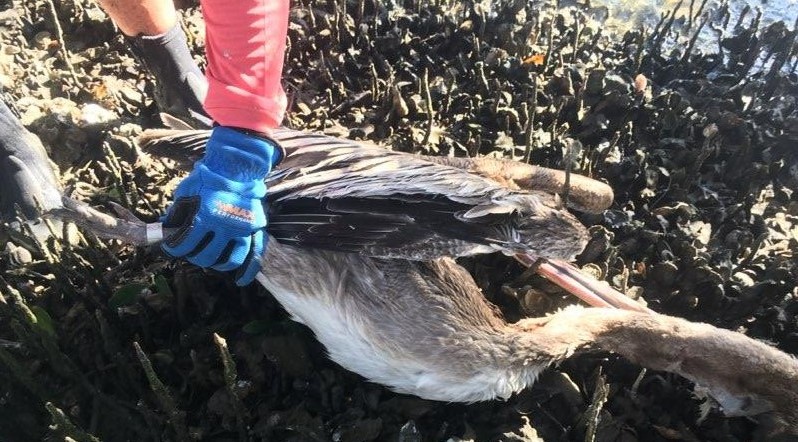